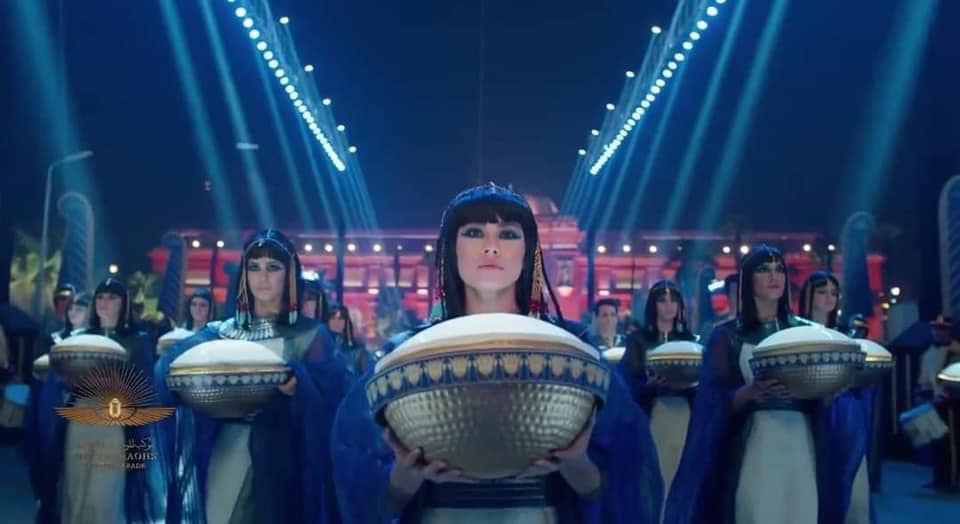 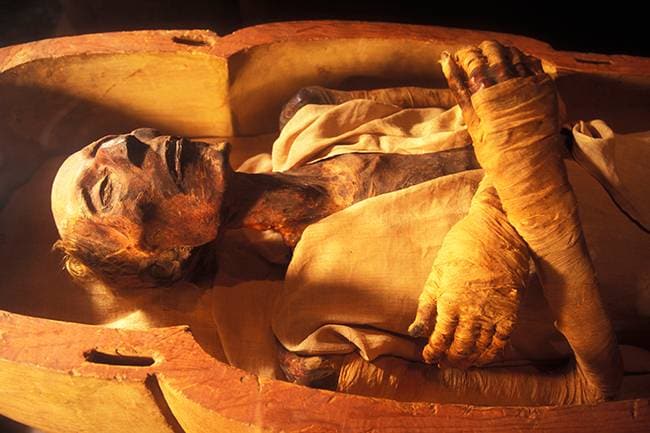 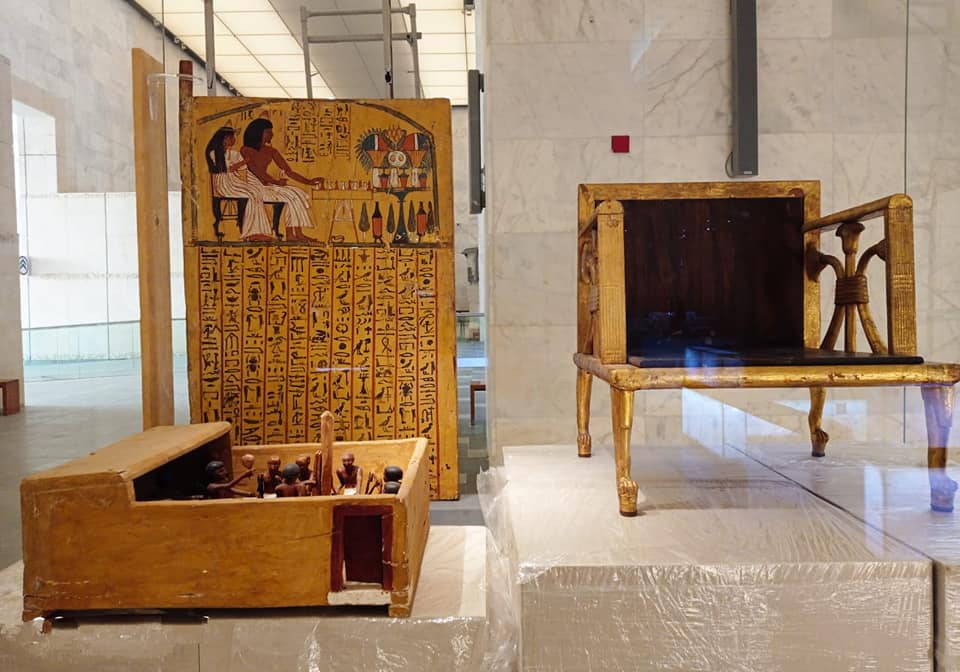 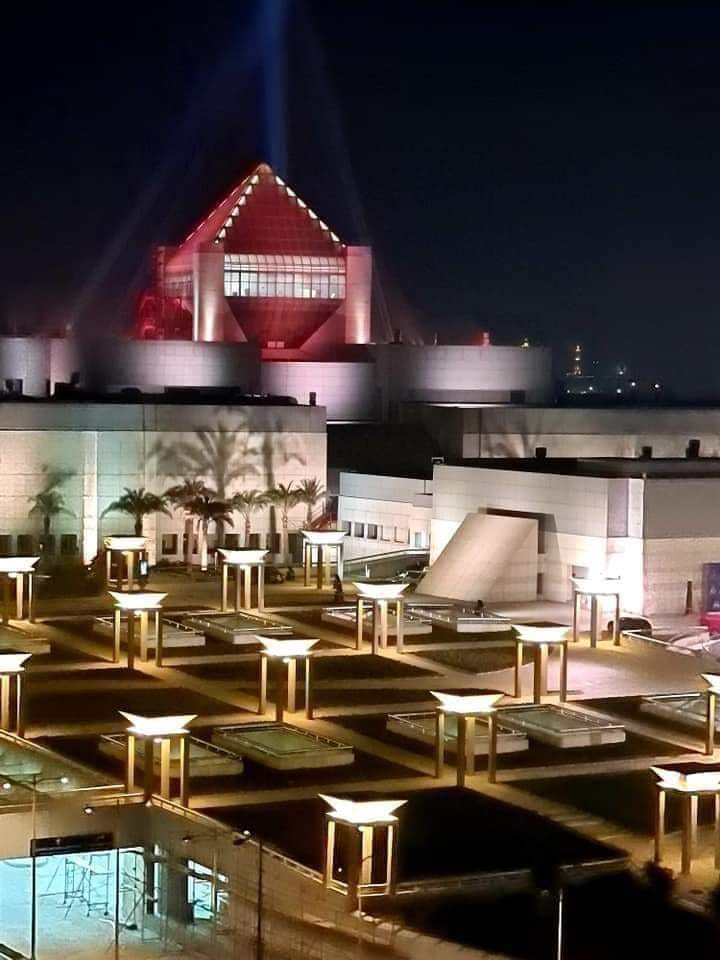 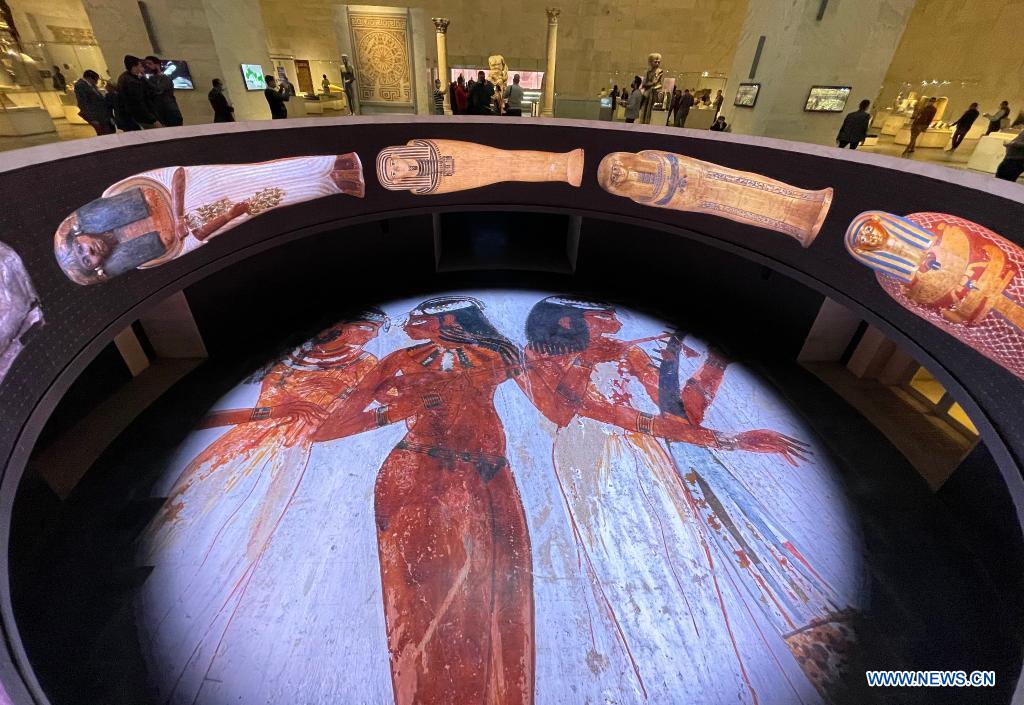 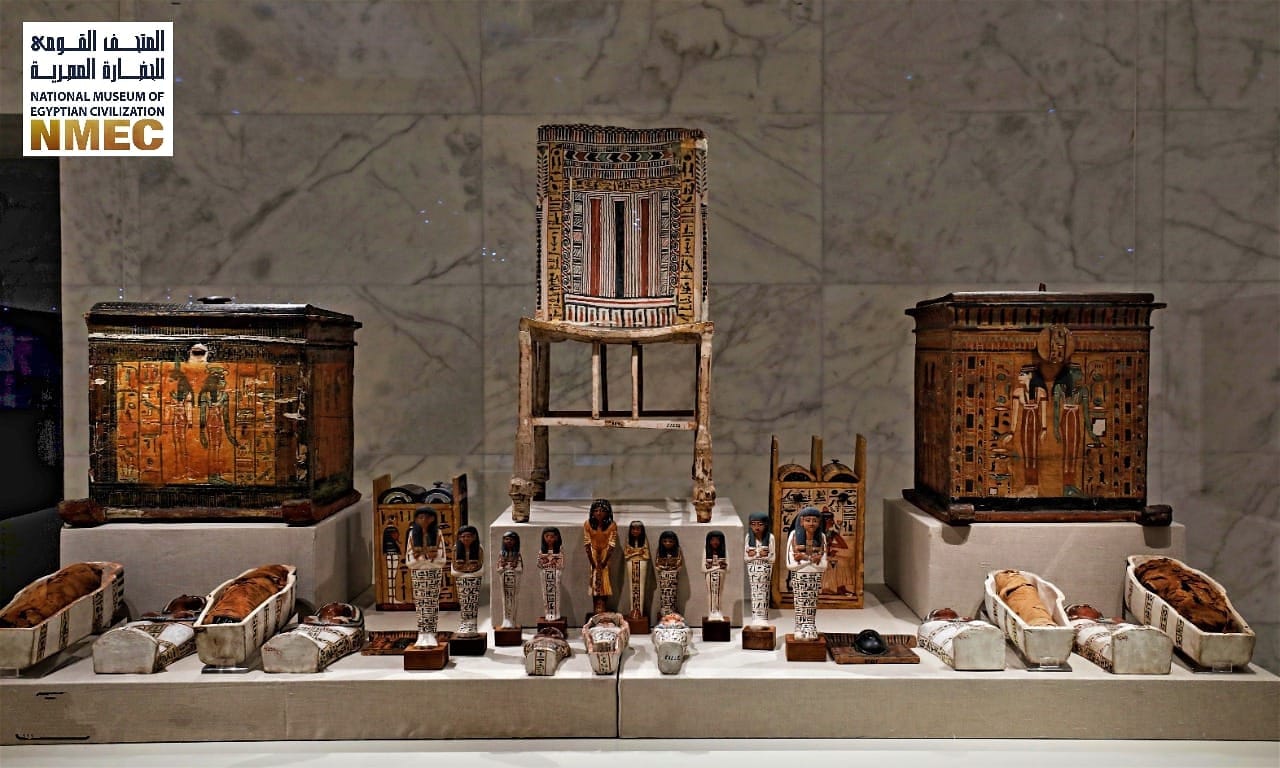 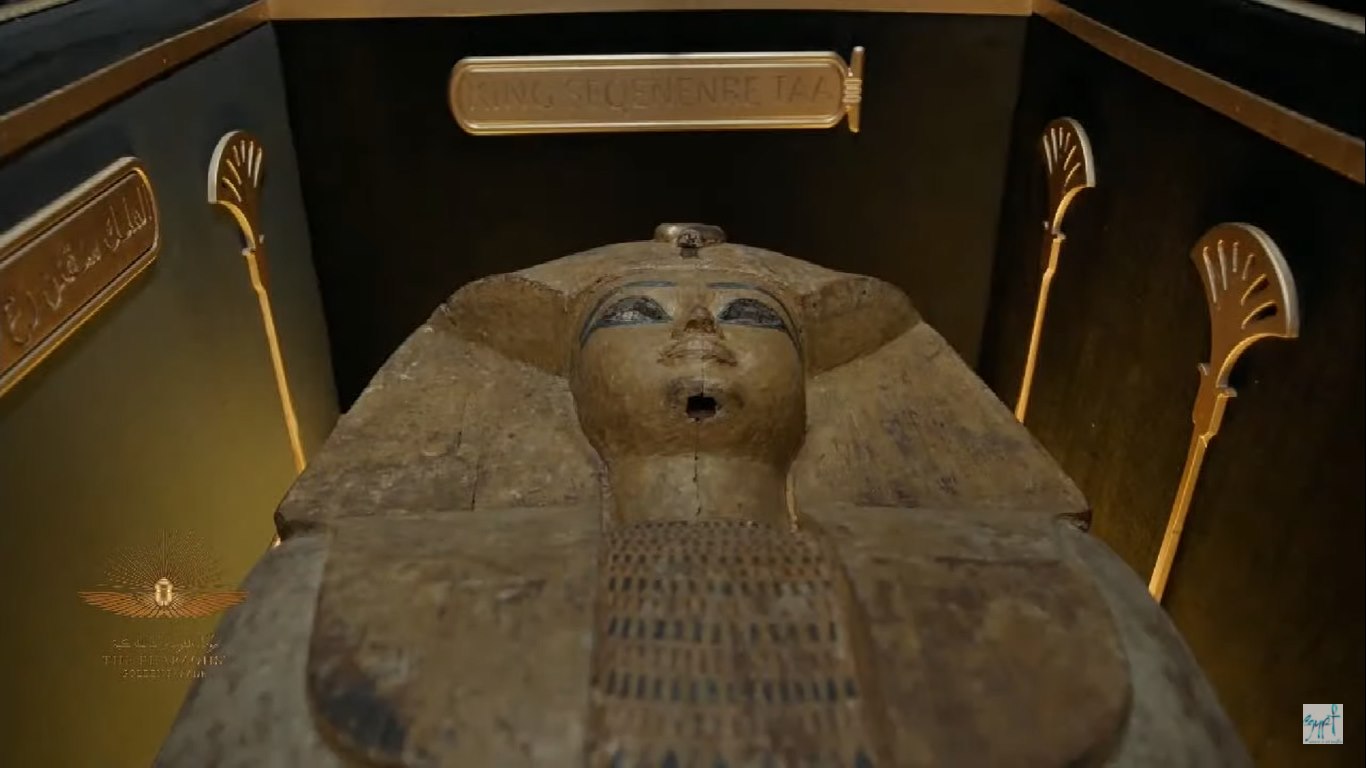 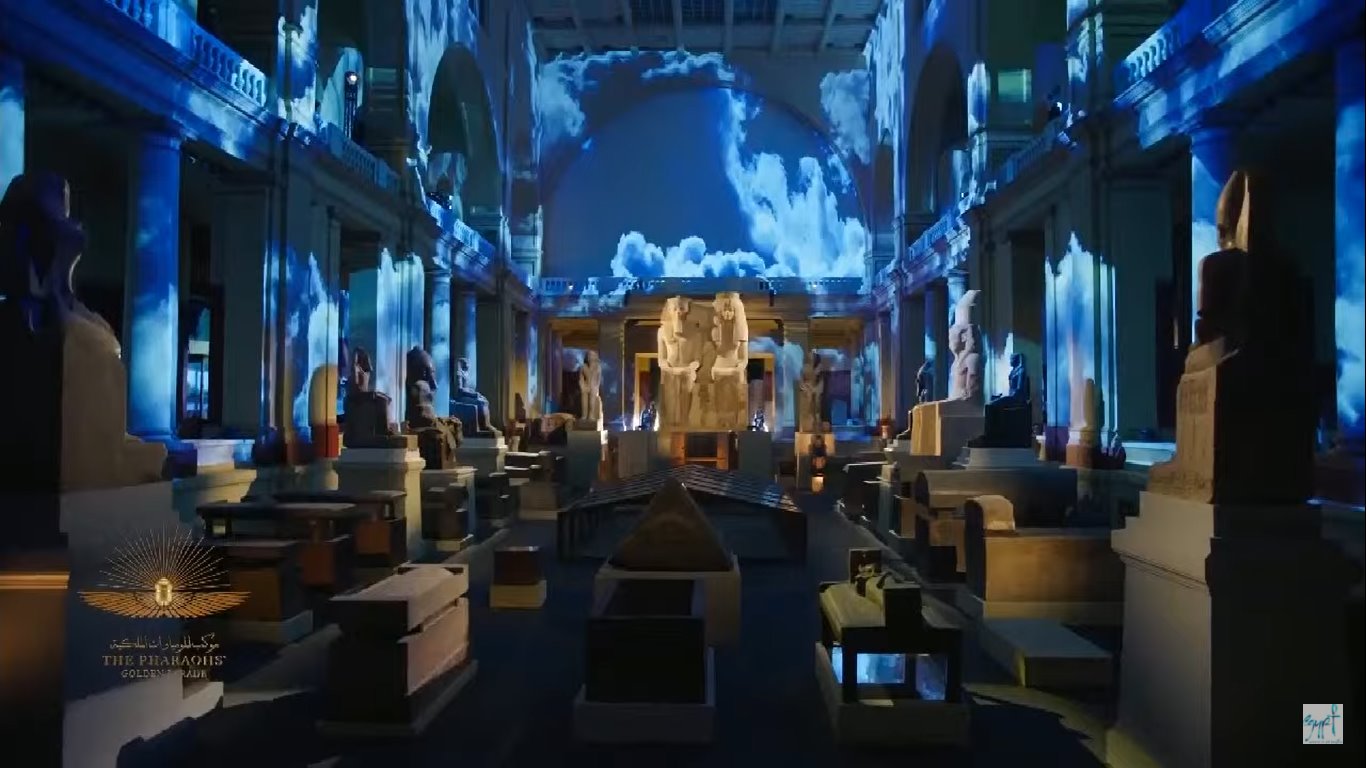 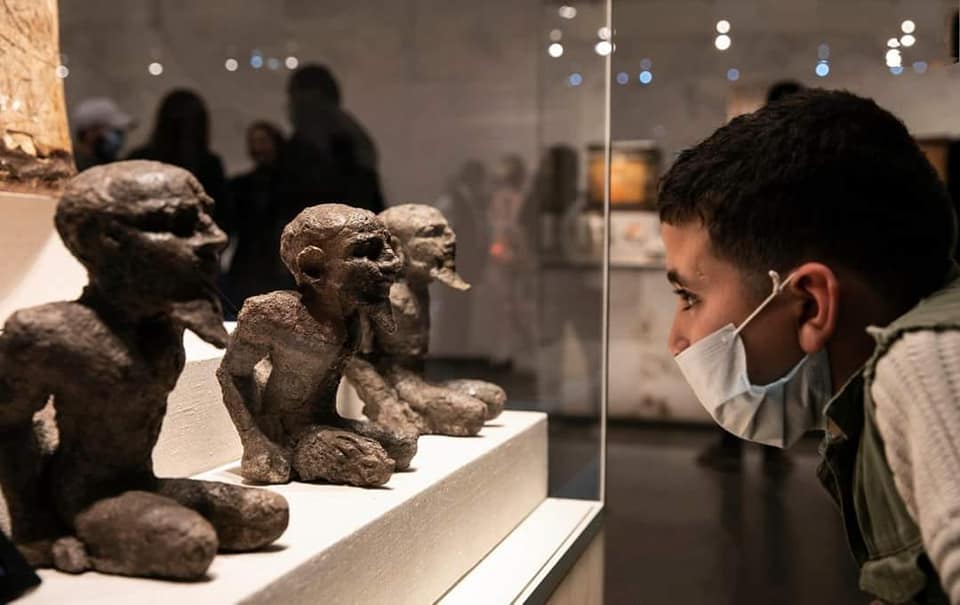 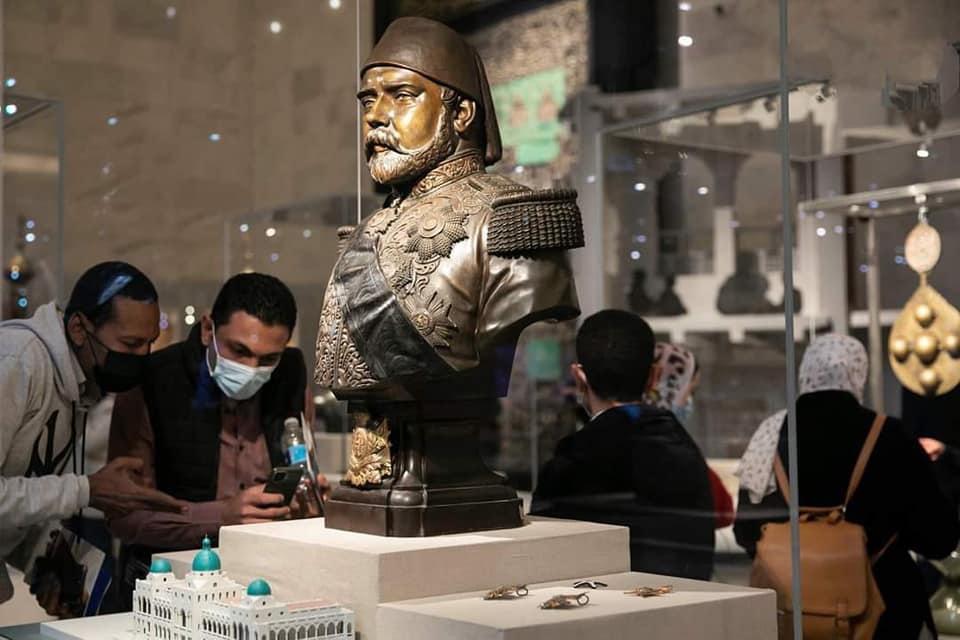 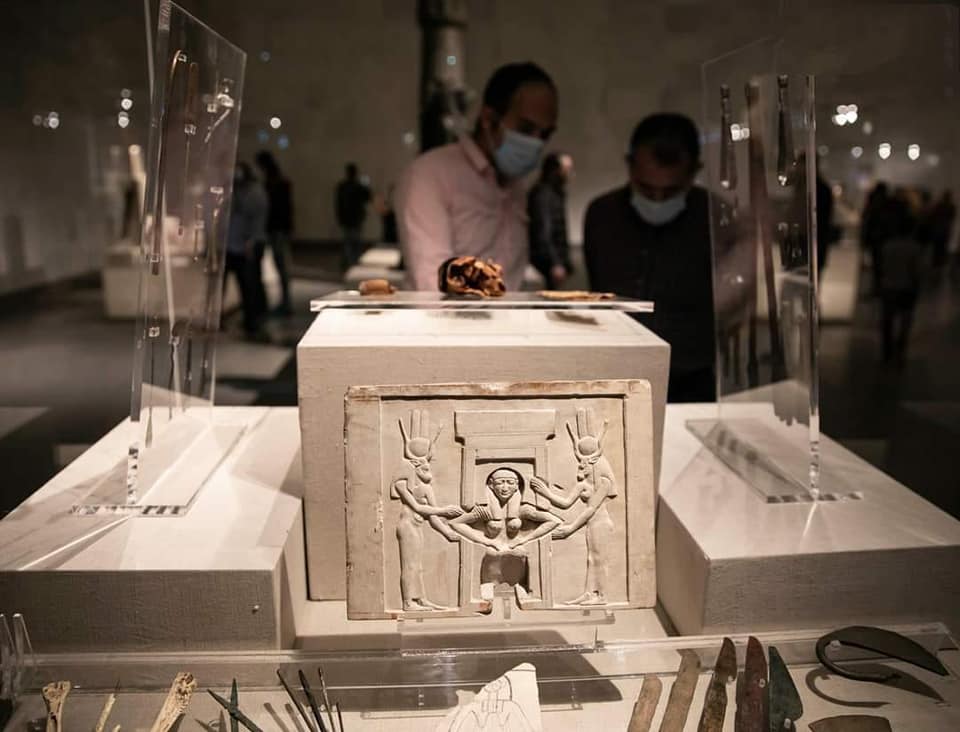 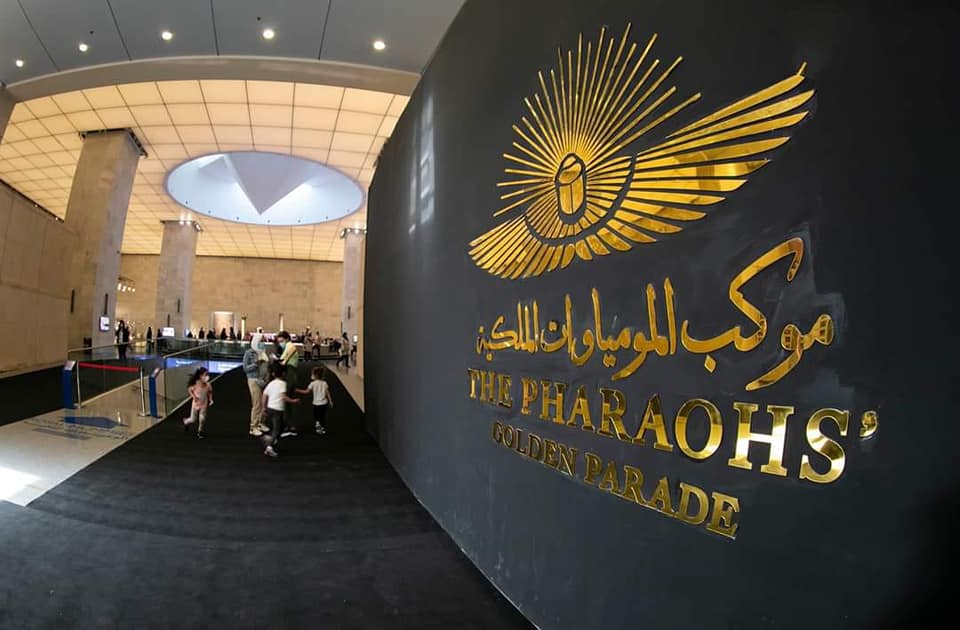 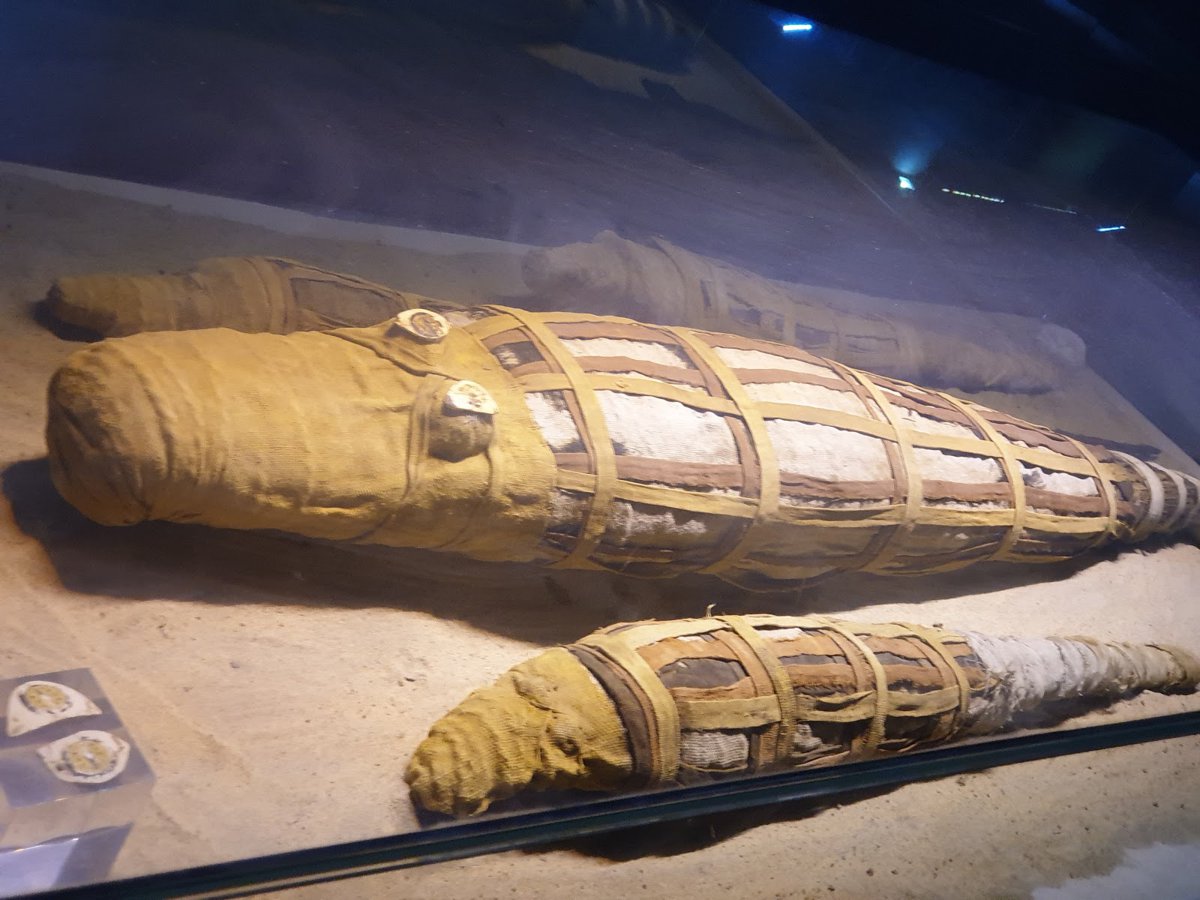 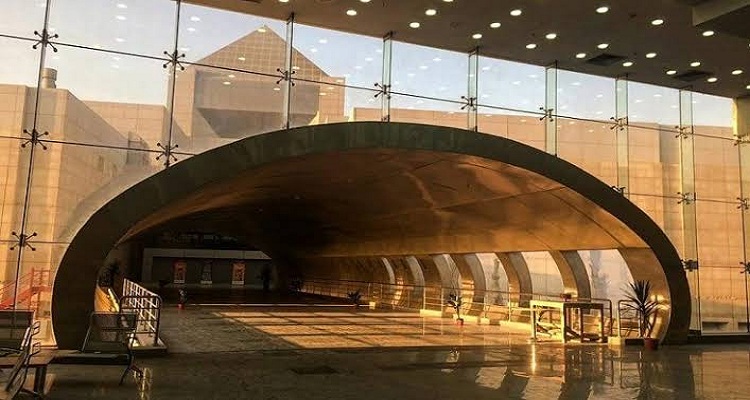 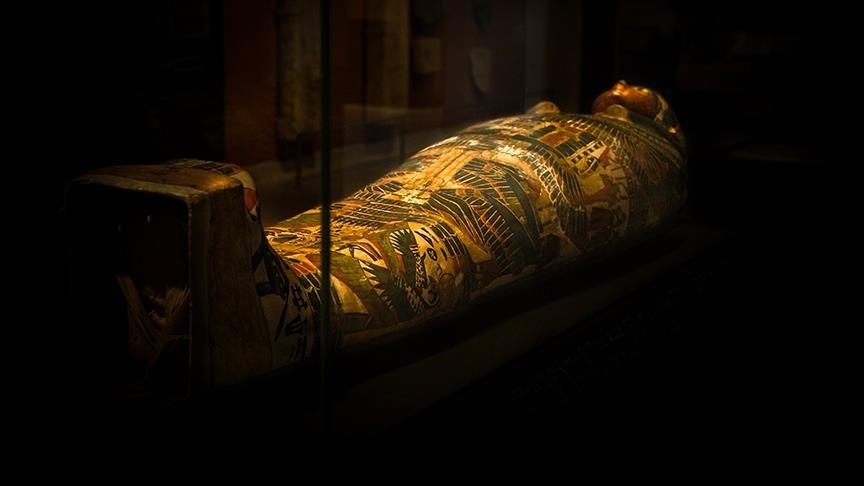 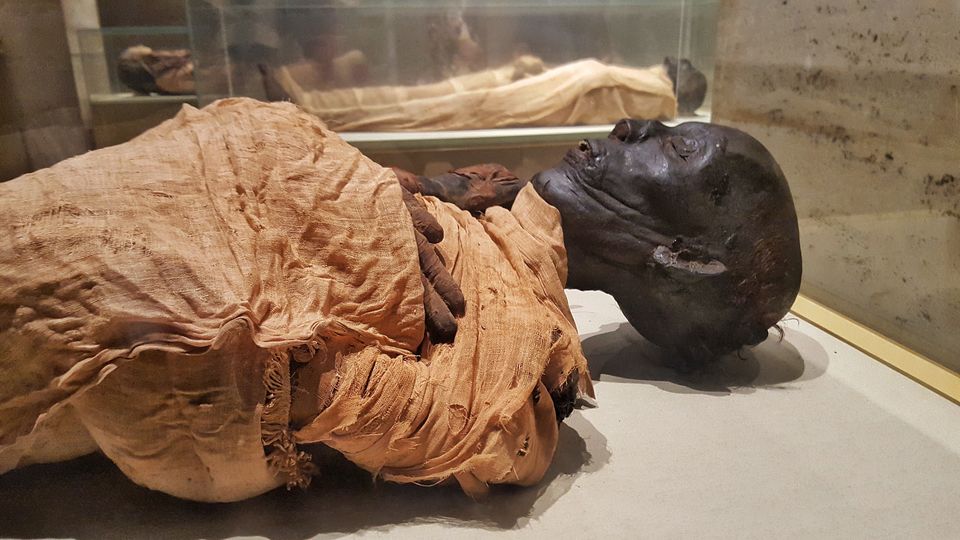 The whole world has been amazed with the Pharaoh’s Golden Parade of 22 Royal Mummies.  In our 8 days Adventure we will accompany you to explore the Mummies journey starting from valley of kings and queen in Luxor where they were discovered to their great temples and valuable at luxor then following their footsteps to Cairo where they rest now next to the Great Pyramids of Giza.

Arrival to Cairo airport, upon your arrival you will find our representative waiting for you with the sign of Ramasside Tours, then you will be transferred by A/C car to your hotel. Overnight in Cairo.

Breakfast. Start your tour visiting the National Museum of Egyptian Civilization is the only museum in Egypt which offers a general overview of all the all different historical periods of Egypt. It has more than 50,000 artefacts, presenting Egyptian civilization from prehistoric times to the present day.

The crown jewel of the museum is the Mummies Halls. The whole world has been amazed with the Pharaoh’s Golden Parade of 22 Royal Mummies from the Old Egyptian Museum in Tahrir Square to their new permanent residence in the National Museum of Civilization.

Among the Mummies are mummies of King Ramses the second, Queen Hatshepsut, King Thutmos the third and Queen Ahmos Nefertary. The Royal Mummies Hall is specially designed to display the mummies of ancient Egypt. The design and the underground location of Mummies aims to give the visitors the feeling of strolling down the Valley of kings where most of the mummies were originally resting. The Royal Mummies Hall exhibited about 150 pieces, including the mummies as well as their coffins. For the first time, each mummy will be exhibited near the coffin where it was found. The mummies are now placed inside special halls below the main hall, symbolizing the “underworld” in which the royal mummies were found.

Then you will have a chance to visit the Main exhibition halls which showcase Egyptian civilization from prehistoric times to the present day, using a multidisciplinary approach that highlights the country’s tangible and intangible heritage

Then move to visit the Great Pyramids – Cheops, Chephren & Mykerions. Cheops is the most colossal ever built. Next is a close-up look at Sphinx – a huge funeral complex guarded by the legendary lion body with the face of king Chephren.

(Optional) Evening trip to attend the Sound & Light show in the Pyramids area.

Day 3: Cairo – Nile Cruise Luxor– Valley of kings and Valley of Queens (Where it's all begins)

Breakfast. Transfer to the domestic airport. Departure by the plane to Luxor. Arrival and transfer to the West Bank to visit Valley of Kings & Queens where the mummies who took part in the golden parade were discovered in two cachettes. The first was unearthed in 1881 at Deir El-Bahari in Luxor's West Bank in tomb TT320.

move to visit Valley of the Kings, visit the tombs of various Dynasties. King Tut’s tomb which you will visit from inside. Tutankhamun ruled Egypt for approximately 10 years from around 1336-1327 BCE. In November 1922, Howard Carter and Lord Carnarvon discovered Tutankhamun’s near-intact tomb in the Valley of the Kings. The king’s mummified body was found surrounded by precious grave goods, in his golden coffin, after his burial chamber was officially opened on 17 February 1923 in the presence of Egyptologists and government officials.

Today, Tutankhamun is ancient Egypt’s most famous pharaoh. But how much do you really know about the boy king? Here during this tour, I will tell you the lesser-known facts about Tutankhamun…

Continue to Visit the Valley of the Queens, known as Ta-Set-Neferu “The Place of Beauty”. The valley served as a necropolis for the tombs of royal family members and the elite, with about 90 tombs belonging to Queens and princes of the ancient Egyptian New Kingdom (1550-1070 BC). whilst here, you will have a chance to visit the magnificent colorful tomb of queen Nefertari (Extra Ticket)

Then move to visit the Temple of Deir El Bahari of Queen Hatshepsut.  who ruled as a Pharaoh during the golden age of ancient Egyptian history when Egypt ruled the east

Hatshepsut, one of the most prominent female figures in the Egyptian history, reigned for two decades. She is known to have undertaken building projects in Egypt. Except for this, she is also known for the establishment of new trade routes until her death in 1458 BC. She was discovered by Howard Carter in the year 1902. Here mummy was one of the 22 mummies who transferred on the Golden parade and now it's on the Civilization Egyptian museum

Queen Hatshepsut's Temple is an engineering miracle.  it designed to tell the story of her life and reign and surpass any other in elegance and grandeur

On the return journey stop at the Colossi of Memnon which are two gigantic sitting statues representing Amenopis III facing the Nile. Then visit the Temple of Queen Hatshepsut.

Transfer to the Nile Cruise. Overnight in Luxor.

(Note)Sometimes due to sailing conditions on the River Nile some Cruises itineraries, schedule and sailing times may be updated. We assure that our clients will see all what is on their itineraries but maybe in different order

Then continue your mummification tour.Ancient Egyptians didn't focus on mummification of human bodies only but they mummified animals also they were typically mummified animals for four main purposes—to allow beloved pets to go on to the afterlife, to provide food in the afterlife, to act as offerings to a particular god, and because some were seen as physical manifestations of specific deities that the Egyptians worshipped

Your tour guide will take you to visit crocodile museum where you will see 22 mummified crocodiles of various sizes . They are arrayed on a sand hill inside a large glass showcase, you will be able to see how crocodiles passed their days in ancient Egypt.

Also you will see a collection of crocodile coffins and wooden sarcophagi, along with crocodile fetuses and eggs, are also on display, in addition to stelae and statues depicting the crocodile-god Sobek, bearing a human body and the head of a crocodile.

Breakfast on board. Sail to Aswan to visit The Temple of Philae, The temple walls records scenes from Egyptian mythology of Isis of the ancient Mother Goddess bringing Osiris the god of underworld back to life, and mummifying his body after his death. (Possibly the first Egyptian mummy).

Lunch on board. Overnight in Aswan.

Breakfast on board. Disembarkation.

The temples were built out of a sandstone rock cliff, and representation of the deities to which each was dedicated is carved on its huge façade. Nearby, also saved, lies the small Temple of the King’s wife Nefertari, dedicated to the goddess Hathor. Back to Aswan.

Transfer to Aswan airport and departure by plane to Cairo. Arrival and transfer to the hotel. Overnight in Cairo.

Breakfast at the hotel our representative will transfer you to the airport and assist you at the airport through final departure formalities.

Any other items not mentioned 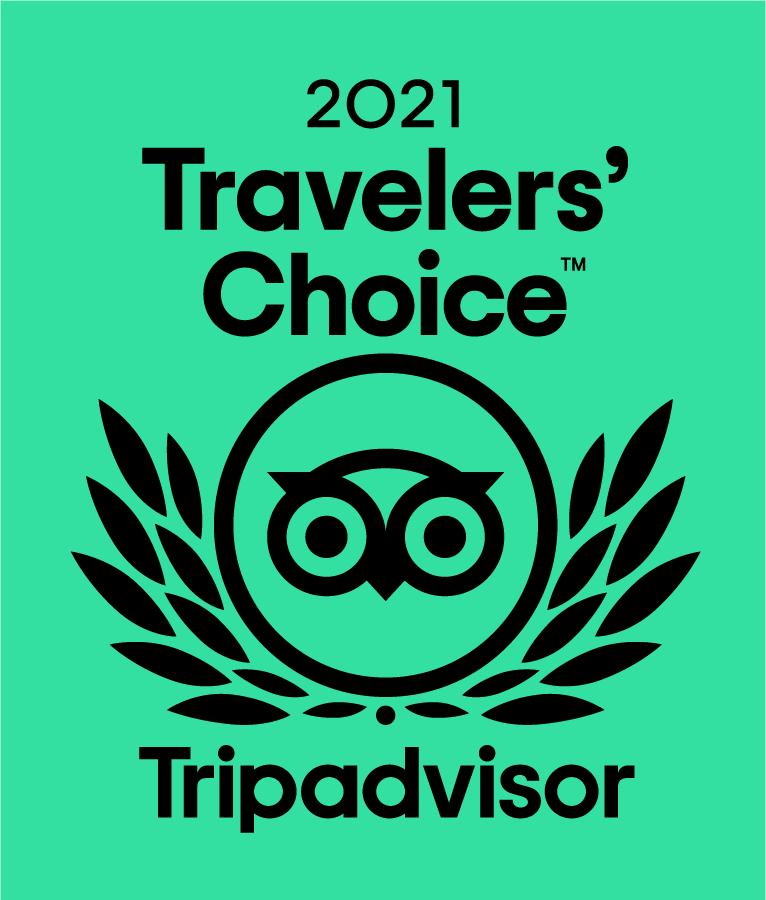 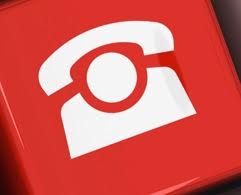 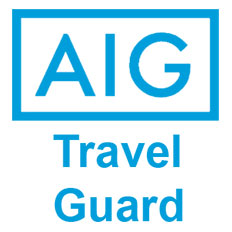